Neil Hague is a UK based metaphysical artist, authorial illustrator, book designer and lecturer, originally trained in graphics and publishing. Over the past 25 years he has developed a ‘unique’ vision through his distinctive style of art and remarkable creativity. Hague’s particular artistic style has been described as both spiritual and ‘neo-shamanic’ by people who have heard him lecture or who have seen his work. Since 2005 he has developed a career as a painter of transcendental, alternative art, producing imagery for a niche area in a class by itself.
In his first illustrated story Kokoro, he encapsulates a chronicle of creation within ‘themes and signs’ unfolding in our reality, as we go through a major shift in consciousness. In his second narrative, Moon Slayer, and third illustrated story, Aeon Rising, he takes the exposition further in terms of ‘characters’ and the construction of our reality. With his illustrated work appearing in books and global presentations all over the world, his work is pivotal and fitting at this time.

Neil has lectured on alternative history, esoteric symbolism, mythology, the power of the imagination and now the extraordinary subjects in this book. His highly visual presentations are thought provoking, speaking directly to the subconscious mind and more importantly, to the hearts of those who hear his words. 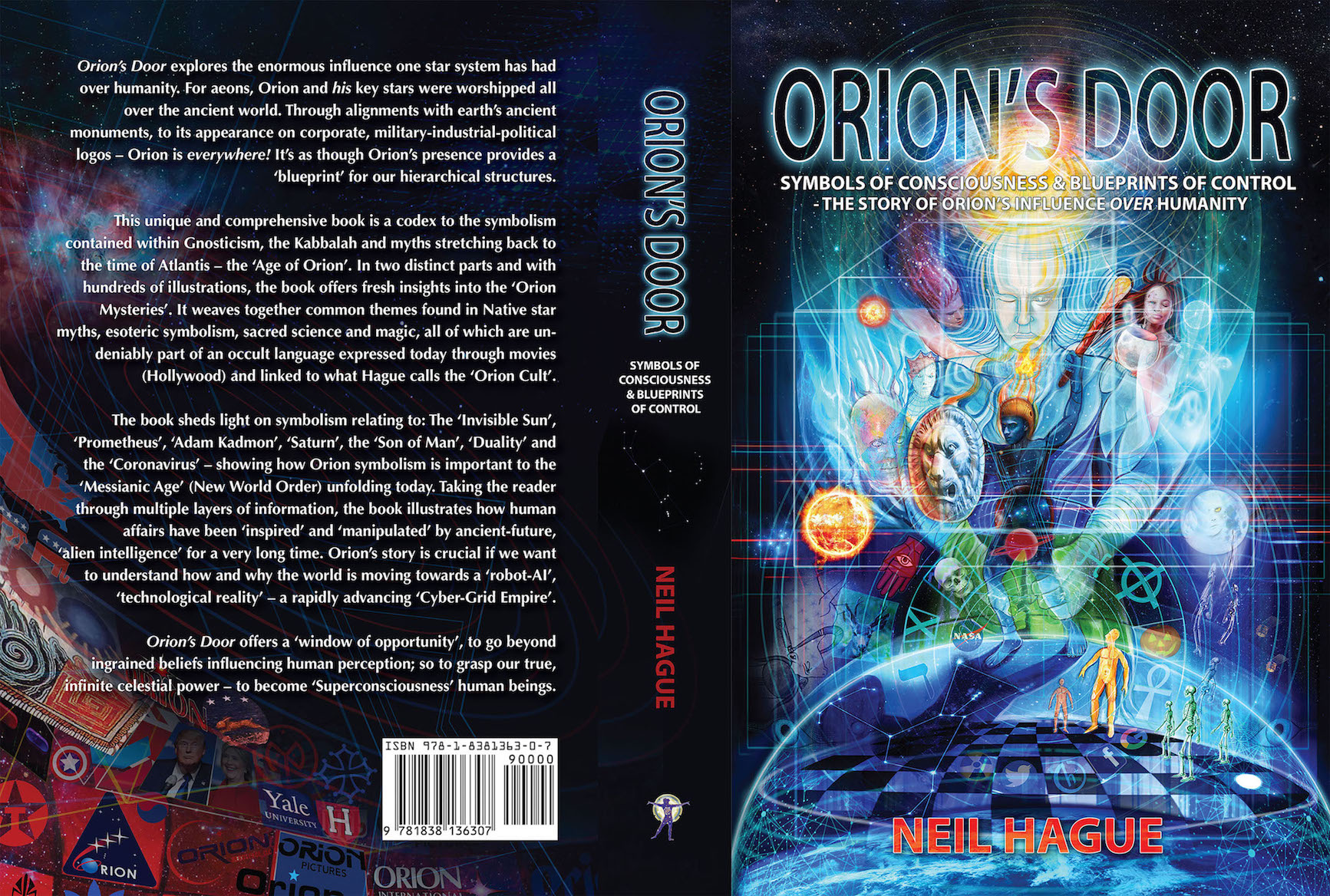 “A tour de force from author and artist Neil Hague that demonstrates the connections between man and the Orion Constellation from the ancients to the modern elite. He also exposes the dangers of AI and the transhumanist/technocratic agenda. Myth, alchemy and Gnosticism feature and Hague brilliantly explains the covid-19 agenda.” – Paul Whyte

“For anyone interested in what David Icke has to say, please consider this excellent book by Neil Hague. I was expecting a book with more illustrations by the author, but it turned out to be a thick volume of well researched information as to the Orion cult symbology in our society and how it pertains to what is currently happening in COVID world. A must read for the truth seekers and the curious minds! Just learned what the gloved hand symbolizes and it so eerie to see it in the advertisement for The Weekend performing at Super Bowl 2021. So interesting! “– CD 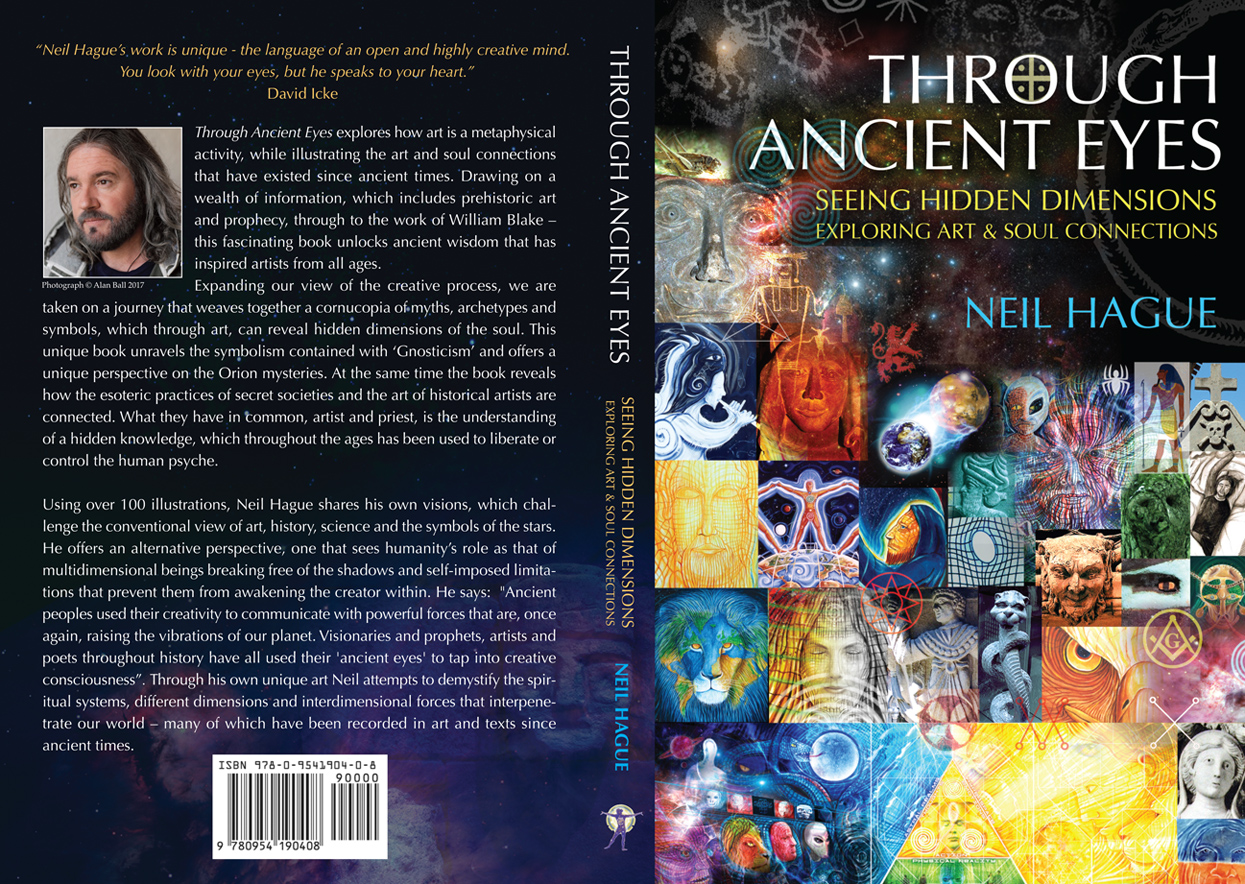 “loved this book and Neil’s perspective on art,it’s a book I’m sure I’ll be dusting off and reading every few years. It’s just a shame the illustrations in the book are in black & white,but it’s still a good read.” – Brizdaz 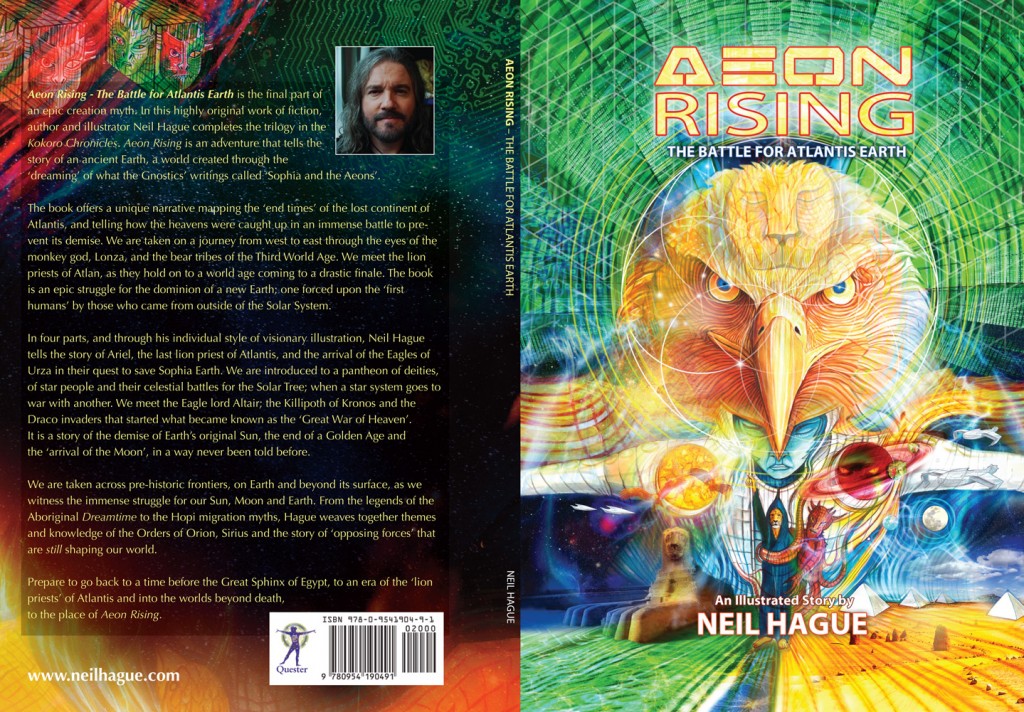 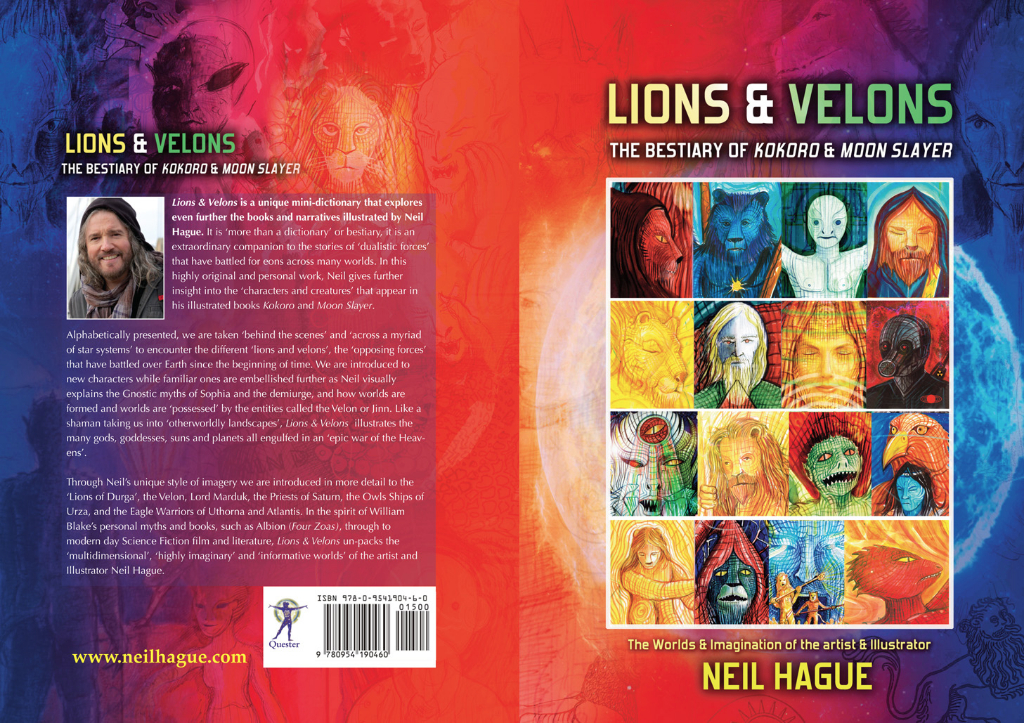 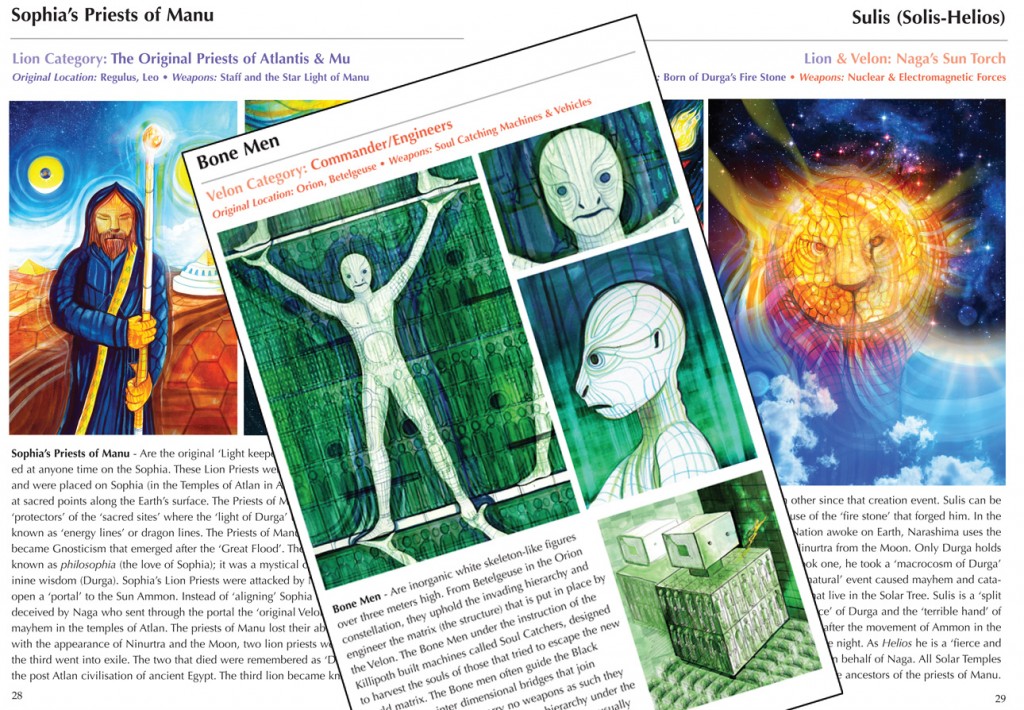 Moon Slayer – The Return of the Lions of Durga 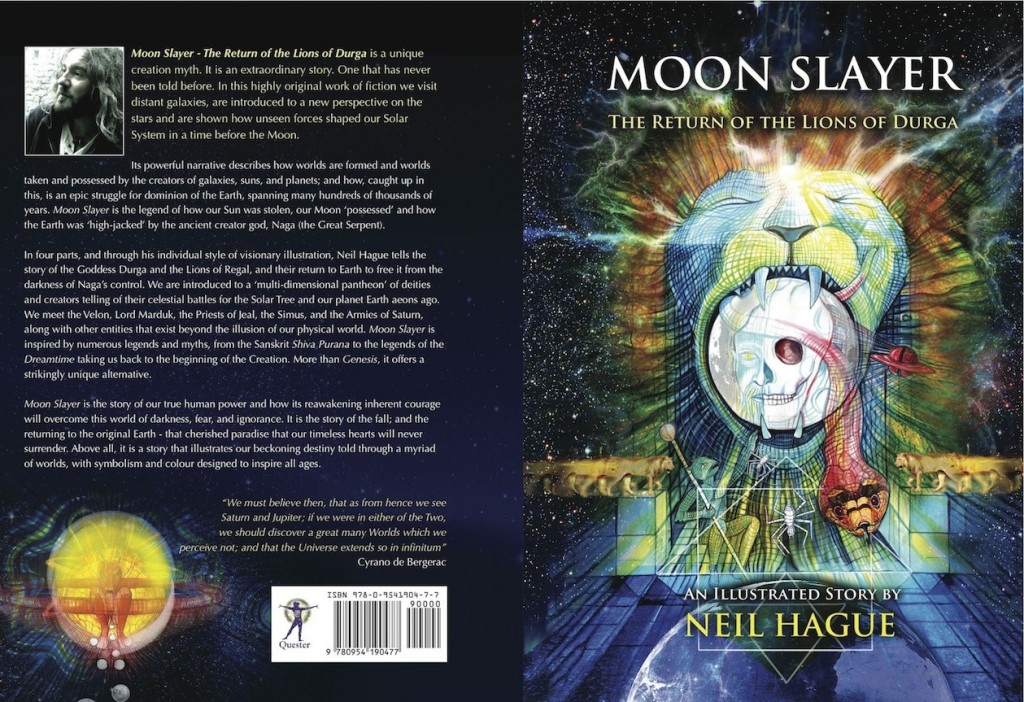 Kokoro – The New Jerusalem & the Rise of the True Human Being 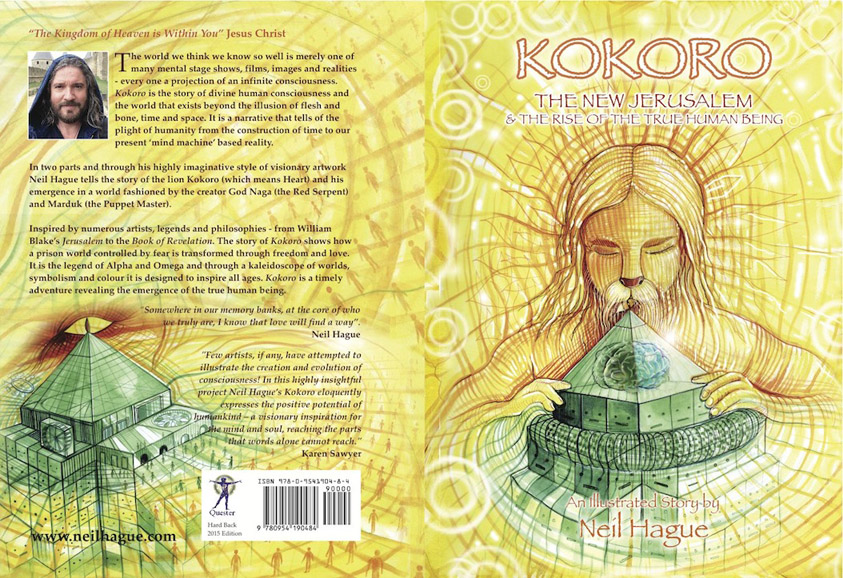 “Story reads a bit like an old boys comic, but the story is good and the illustrations excellent, I liked it.” – Emma, London

“This novel is a quick read about the way that reality came into being, and the troubles of civilization in dealing with the illusions about “reality,” which is really just our perceptions.
The story is a familiar one that is filled with symbolism and metaphor. It’s thought-provoking and reflects how the unconscious thoughts of the masses (“reality”) created by the serpent (Naga) and the puppet master (Marduk) affect our life. After reading this book completely through, you’ll be left with a lot of thoughts, and so after a little bit of reflection, read it through again. I think you’ll find that you’ll be left thinking about the world around us in a different way.“ – Belmont Reviewer USA

“Just read it, pure truth with great art. Perfect for everyone, but would be amazing to show an awakening child.” –

“A very clear clue to awaken and break the limitations we think we have about our true nature. An opportunity to get the keys to our Kingdom.” – Arturo Castan

Journeys in the Dreamtime: Keys to Unlocking the Imagination, Exposing the Untold History of Art – 2006 (Out of Print) 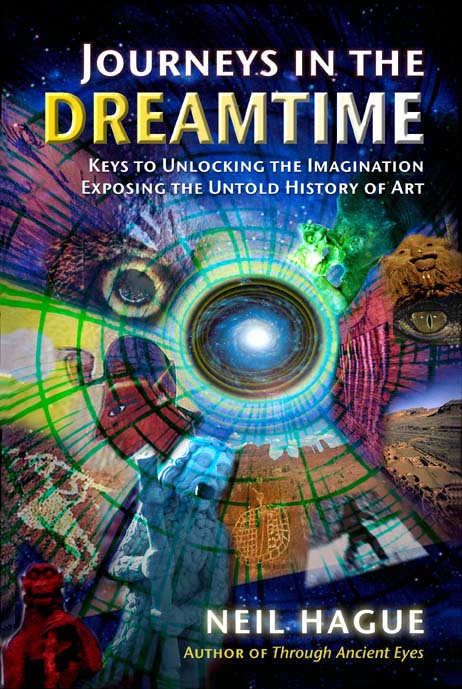 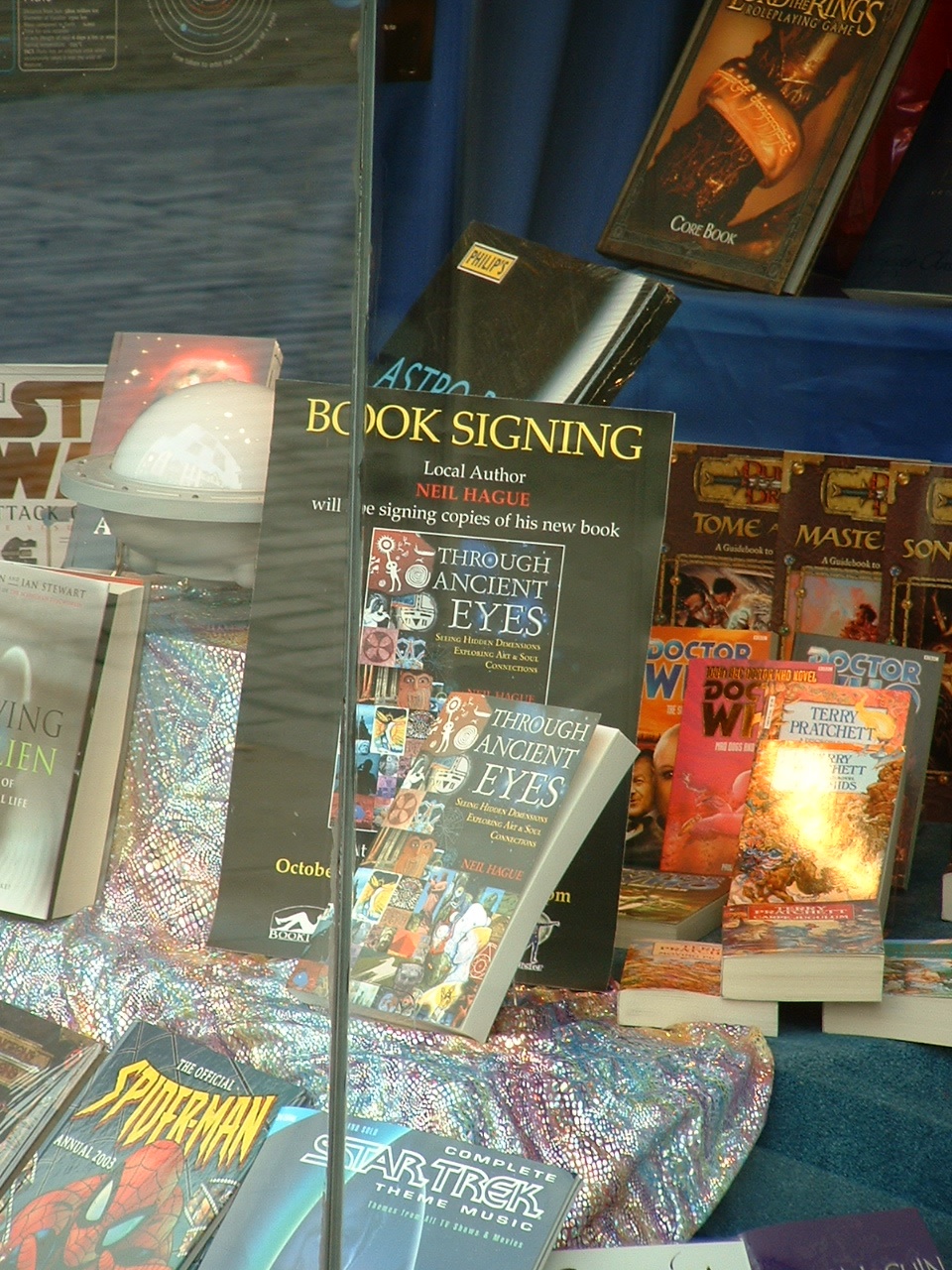 Having spent the early part of the 1990’s working as a book designer and illustrator, with a Foundation Degree in graphic design, Neil went on to complete a Postgraduate Diploma in Narrative Illustration at the University of Brighton. During this period in the 90s his work was selected for Images the Best of British Illustration many times and for the Macmillan Book Illustration Award at the Royal College of Art in 1993.

To coincide with exhibitions of Postgraduate studies Neil researched and proposed the following book projects: Journey To The Dream Cave (unpublished) 1992-93. This book was short-listed and exhibited for the Macmillan Children’s Book of the Year 1993 at The Royal College of Art in London (see below). 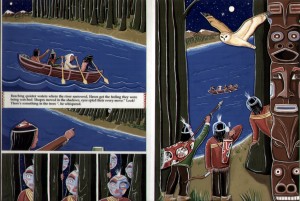 Neil Hague is a UK artist, author and authorial illustrator, originally trained in graphics and book publishing. Over the past twenty years he has developed a 'unique' vision through his unique style of art and image-making. One that has been described as both spiritual and 'neo-shamanic' by people who have read his books or who have seen his work.