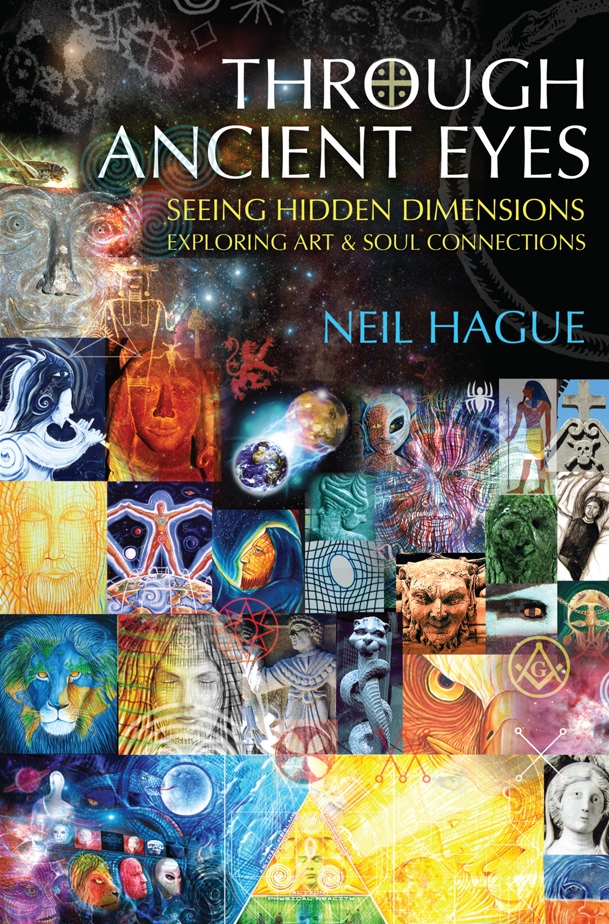 ‘Neil Hague’s work is unique – the language of an open and highly creative mind. You look with your eyes, but he speaks to your heart.’
David Icke

‘Through Ancient Eyes is an essential read for anyone interested in the power of the imagination, and how art and nature can transport us into different levels of awareness.’

Twelve years ago my first book, Through Ancient Eyes, went out of print after only having a shelf life of 4 years. The project was originally born out of years of research throughout the late 90s, however, I have spent the past few months updating its content and adding a new chapter on the symbolism connected to Orion myths and symbolism. The cover design is essentially the same but of course, I have produced much more work over the past twelve years and therefore felt it necessary to include some of these images on the new updated cover.

With over one hundred illustrations, the new 2018 edition goes deeper into the symbolism and draws on some of the material I have been writing about in a ‘movie symbolism’ blog (of the same name) since 2012.

Through Ancient Eyes remains my seminal visionary piece of work. Written in an easy style with footnotes at the end of each chapter, the book will hopefully be ‘inspirational’ for anyone who is embarking on their own creative and spiritual path; or wanting to understand more about the history, mythology and symbolism that has inspired artists since ancient times. 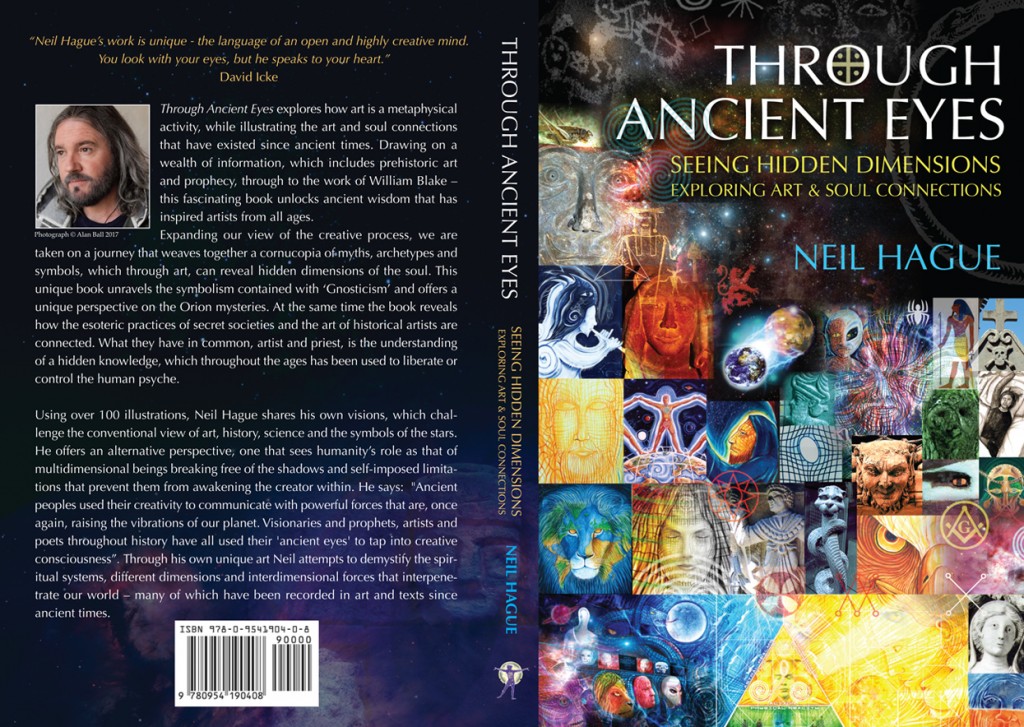 Through Ancient Eyes explores how art is a metaphysical activity, while illustrating the art and soul connections that have existed since ancient times. Drawing on a wealth of information, which includes prehistoric art and prophecy, through to the work of William Blake – this fascinating book unlocks ancient wisdom that has inspired artists from all ages.

Expanding our view of the creative process, we are taken on a journey that weaves together a cornucopia of myths, archetypes and symbols, which through art, can reveal hidden dimensions of the soul. This unique book unravels the symbolism contained within ‘Gnosticism’ and offers a new insight into the ‘Orion mysteries’. The book reveals how the esoteric practices of secret societies and the art of historical artists are connected. What they have in common, artist and priest, is the understanding of a hidden knowledge, which throughout the ages has been used to ‘liberate’ or ‘control’ the human psyche.

Using over 100 illustrations, Neil Hague shares his own visions, challenging the conventional view of art, history, science and the symbols of the stars. He offers an alternative perspective, one that sees humanity’s role as multidimensional beings, breaking free of the shadows and self-imposed limitations that prevent us from awakening the creator within. He says:  “Ancient peoples used their creativity to communicate with powerful forces that are, once again, raising the vibrations of our planet. Visionaries and prophets, artists and poets (along with filmmakers), throughout history, have all used their ‘ancient eyes’ to tap into creative consciousness”. Through his own unique art, Neil attempts to demystify the spiritual systems, different dimensions and interdimensional forces that interpenetrate our world – many of which have been recorded in art and texts since ancient times.